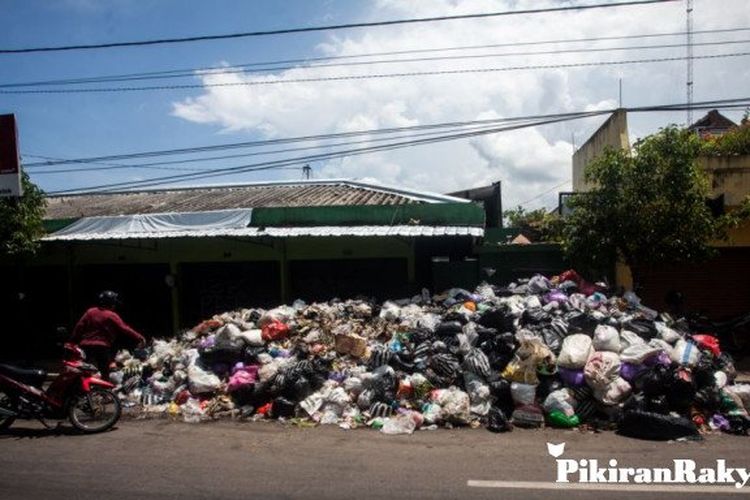 YOGYAKARTA, (PR) .- The impact of the closure of Piyungan Integrated Waste Disposal Sites (TPST) is felt by three regions, namely the Regencies of Sleman, Bantul, and the City of Yogyakarta, which during using Piyungan as a waste disposal site.

Many roadside points and depots in the three regions are seen as a pile of rubbish that has spilled over onto the road. The Head of the Sleman DLH Waste Services UPT, Sri Restuti Nurhidayah, Wednesday, March 27, 2019 said, with the closing of the Piyungan TPST, it would have a big influence on the garbage accumulation in Sleman.

According to him, garbage trucks have been lining up since Thursday last week, and the peak on Sunday was that trucks could not dump there at all.

“It’s already working overtime, so I got itported, so back again. This is while the depots are full, because the fleet returns to the depots first, “he said.

Sleman itself has 13 depots, and 34 trucks that transport garbage. Each truck is capable of carrying 8 cubic meters of garbage. With the closing of Piyungan TPST, it cannot do much.

“We can only wait, because we don’t have our own TPS. We have also sent a circular to the public in the form of an apology. All hope there is a solution, and Piyungan TPST can be opened again, “he said.

Head of Solid Waste Department of Environment (DLH) of Sleman Suryantana, met separately, revealed that in fact garbage should not stay overnight because it will emit a pungent odor and be a source of disease.

Because it does not have a TPS and the condition of Piyungan which is currently closed, he also appealed to the community to reduce waste production. “Seeing this condition, so we ask residents to start caring about waste, at least reducing little by little,” he said. ***